Kane Fox is definitely worth waiting for…as Avery Jones will show you here. He patiently luxuriates in a bathtub anticipating Kane’s arrival and when he shows up, Avery lights up. They subtly flirt as they get to know each other and as Kane plays with Avery’s feet. Kane accepts Avery’s invitation to join him in the tub and they continue to open up to each other while hands begin to wander. Finally, the dealbreaker moment arrives and they kiss, finding out their attraction has a clearly compatible path forward.

They linger on slow, sensual making out until Kane Fox sits on the tub’s edge with his cock throbbing. Avery fondles it with his foot which Kane loves, but they both agree Avery needs to suck it. Avery gives Kane a thorough & deep sucking and he’s rewarded by Kane’s total ass-eating. Kane then transitions to fucking Avery from behind. He thrusts into him slow & deep, the excitement heightened by watching themselves in the mirror as Kane picks up speed. Avery has some moves of his own, using his hole on Kane’s cock as the handsome top leans back on the tub.

Kane Fox helps by holding Avery by the hips and using his hole like a sex toy. Soon they work in tandem fucking against the mirror, until Kane takes over and keeps fucking hard until Avery goes over the edge and shoots his load on the mirror. He wastes no time scooping it up and having Kane fuck it into him. Now it’s Kane ready to blow and he sits back to stroke out his thick load and give Avery a big, open-mouthed facial. They go for one more round of sensual kissing, now enhanced with post-sex euphoria and the taste of cum. 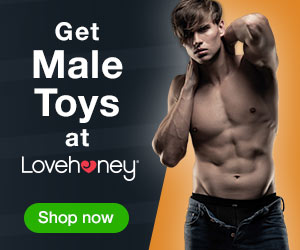